The SpaceGame is a collaborative project of the Creative Technologies group at the FH-Kiel – University of Applied Sciences in Germany. The aim is to create a multiplayer game, in which the players take control of spaceships, interacting with each other or discovering the galaxy. Interaction among each other can be in a hostile or in a friendly manner. There will be an auction house system, computer controlled NPCs and more. The amount of future features and complexity will be determined by the participating students. Any ideas to extend the game are welcome and can be discussed during the Creative Technologies meetings.

The game can be played with any modern browser without installation or use of special plugins. It is written in JavaScript and uses the WebGL library three.js.

This documentation consists of a global description of the game, the used techniques/libraries and its structure.

The whole project is structured in modules. The main modules and classes of this project are listed in the full documentation on the FH-Kiel GitLab. Every public method is visible and documented. Private members and methods are documented in the source code as inline comments. If information about private methods and attributes are needed, please look at the inline comments. A reference to the code is given in each module definition.

The aim was to build a foundation for other students who will follow up and expand the game. We developed a modular basis, so that further students can easily create additions to the game without the hassle to build a complete game from scratch. The current demo gives a first impression of the game and serves as inspiration for future projects. In addition, project supervisors are able to show interested students a running game, in which they can be part of.

This is a list of our in game goals: 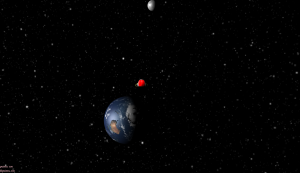 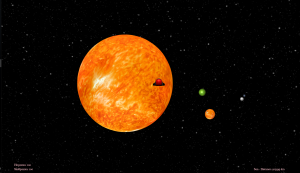 Three.js is a library used to create, display and animate 3D components in a web browser via WebGL without the need of additional plugins. It provides a simplified syntax to use WebGL.

Require.js is a JavaScript file and module loader. It is possible to specify a JavaScript file as a module, to load specific elements of a JavaScript file into another or to use it to define a specific order, in which the files are loaded. By specifying modules, methods and variables are bound to its namespace. require.js also provides an optimizer and minimizer tool.

This is a best practice template, how to use require.js in conjunction with Three.js in an asynchronous module structure.

Boostrap is a HTML, CSS and JavaScript framework to create modern responsive projects. It is used to create the start screen.

jQuery is a JavaScript library, to navigate and to manipulate the document object model (DOM).

amd-three.js is an example of how to structure an three.js application, with functionality split into different Require.js modules.

It is meant as a starting point for more involved projects involving three.js, where having all the code in one file can quickly get unwieldy.

It is also useful for prototyping, as a lot of the boilerplate is moved out of your way.

The structure of the file is as per the recommendations in the docs for Require.js. Namely, all the Javascript lives in the js folder, with the Three.js library and extension code in js/lib, while the app specific code is in js/app. The idea is that you shouldn’t ever need to modify the files in js/lib, only add third party code.

The common three.js constructs, e.g. camera, renderer are all put into their own modules within the js/app directory, and are injected into the js/app/app.js file where they are brought together. They sometimes include each other, e.g. the light module needs to know about the scene. By splitting these object into modules, we are in essence creating singletons, which means we don’t have to worry about which order we create them in, as Require.js will figure out the dependencies fo us.

Custom shaders are put in /js/shaders and are saved as .vert or .frag files, for ease of editing. Shaders are loaded into the app using a Require.js plugin which can be found at js/lib/shader. This allow you to get the shader code in a module like so: The game can be started by accessing the index.html file on a webserver (ides like webstorm start a local webserver automatically). The file is located in the root directory of this project. It loads the require.js file, which loads all .js files in an optimized order, based on the defined module structure.

The game format: Creation of the galaxy

Single planets within this solar system are created by using templates, defined in the templates.js file. Based on this structure it is possible to create different solar systems without a single line of THREE.js code. To create a planet one can implement templates by using the ‘implements’ attribute.

Any planet consists of a sphere or bufferedsphere object which represents the planet body. Every template has its own default settings which can be overridden by using arguments as seen in the example above. Every planet can receive a second template to create a special surface. Note: For normal texture based surfaces use sphere (e.g. surface_earth), for shader based surfaces use a bufferedsphere (e.g surface_lava).
In addition a third template can be added to implement effects like clouds. Templates can be used multiple times and a single planet can implement any number of templates.